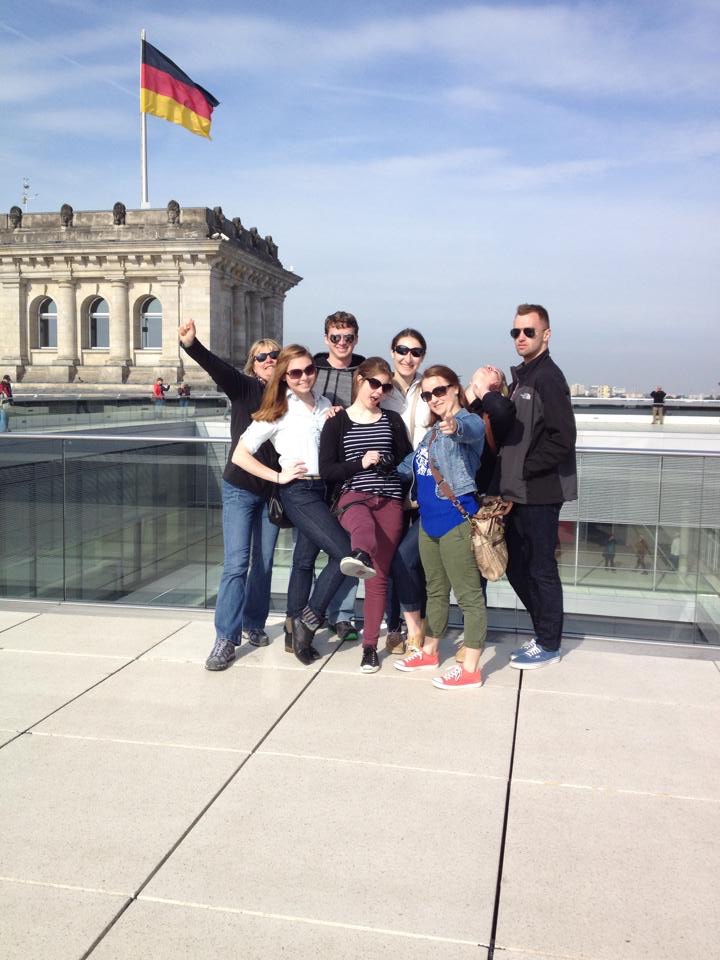 Students at the Reichstag in Berlin, with Professor Susanne Taylor

Students who acquire knowledge in German language and culture -- the object of the German Studies minor here at Hanover College-- can reap substantial benefits. If you plan to pursue a career in business, science, research or technology, studying German language and culture can be an important advantage. Our minor in German Studies can help set you apart by giving you an edge to compete successfully for jobs or placement in graduate programs. German is the second most widely spoken language in Europe, and Germany remains the financial and economic powerhouse of the European Union. It is the fourth largest economy in the world. When it comes to science and technology, Germany is one of the top three nations in the world for developing and exporting knowledge and products. But the significance of German extends well beyond economic considerations. German-speaking countries have won a disproportionate number of Nobel Prizes in Chemistry, Physics, Mathematics, Medicine, and Literature. Consequently, knowledge of German allows access to rich literary, philosophical, religious, scientific and artistic traditions, as well as contemporary cultural and political developments.

Because of the German Studies minor's flexibility, it is easy to combine it with a major of your interest; certain German classes count toward the Business Scholars Program, Film Studies, and several General Education Requirements.
As part of the German Studies program, we offer two study abroad opportunities, one during Spring Term, and another as a semester-long study abroad program at our exchange university in Marburg, Germany. The German faculty recommends that all German Studies minors participate in a study abroad program. Our students have pursued careers in government service, law, business, medicine, teaching, social work, and music. They have found that knowledge of German, as part of a liberal arts education, has enriched their lives and has given them valuable insights into one of the key countries contributing to our Western Civilization. You can minor in German. The German faculty recommends that all German minors participate in a study abroad program.